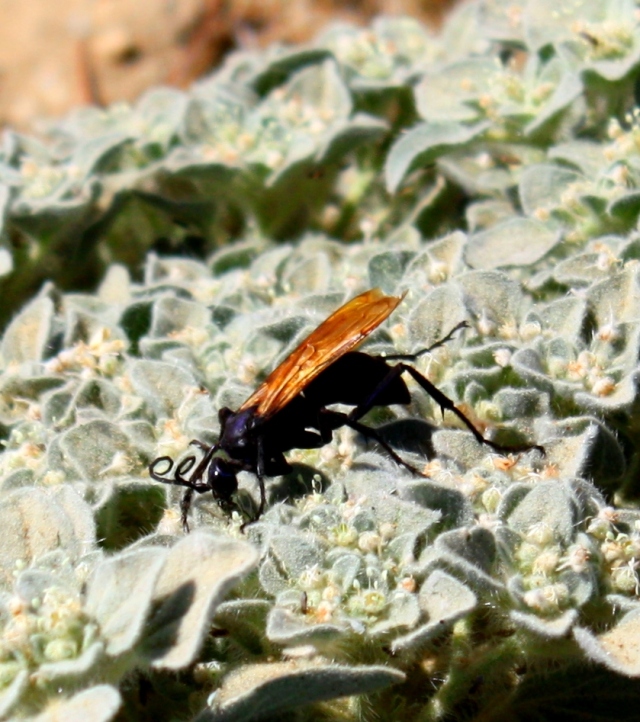 The female tarantula hawk purportedly inflicts the most agonizing sting of any insect in the United States. It’s one of the worst in the world, actually. And until about a month ago, it was also the largest known wasp species on the planet.

Dr. Justin O. Schmidt, an entomologist retired from the U.S. Department of Agriculture, developed an index that rates the level of pain resulting from the stings of 78 different species of insects found around the world. As part of his research he allowed himself to be stung by a tarantula hawk. He says the pain only lasted about three minutes, but the bug took second place on his list.

According to the 4-point Schmidt Sting Pain Index, tarantula hawks score a 4. They rate second to the bullet ant, whose sting feels similar to having been shot with a gun. The tarantula hawk delivers a zap described as “blinding, fierce, shockingly electric. A running hair drier has been dropped into your bubble bath.”

“To me,” Schmidt says, “the pain is like an electric wand that hits you, inducing an immediate, excruciating pain that simply shuts down one’s ability to do anything, except, perhaps, scream. Mental discipline simply does not work in these situations.”

Tarantula hawks are common in the Tri-county area, but they’re not aggressive and only the females can sting. They’re differentiated from males by their curly antennae. The wasp is named after the female, which hunts and attacks tarantulas to use as a source of food for its larva. Adult wasps do not eat spiders, but are nectivorous.

The wasp paralyzes a tarantula with a sting and drags it back to a subterranean den, where it lays a single egg on the spider’s body. Upon hatching the larva begins eating the paralyzed, but still living spider. It avoids vital organs at first and feeds on the tarantula for about a month. The larva eventually eats its way inside the spider’s body and hollows it out, before spinning a cocoon, pupating through winter and emerging as a fully developed wasp in spring.

This entry was posted in Santa Barbara and tagged Spider Wasp, Tarantula Hawk. Bookmark the permalink.