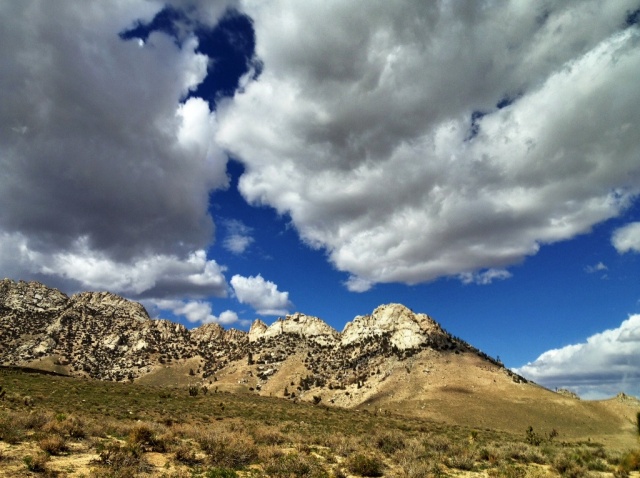 A view of the ridgeline running down from Owens Peak, which was named by Major General John C. Fremont after Richard Owens, a captain who served in his California Battalion during the Mexican-American War.

During the war Fremont captured the city of Santa Barbara in 1846 after a treacherous night-time crossing over the Santa Ynez Mountains in a rainstorm. Today there is a public campground adjacent the Santa Ynez River named in Fremont’s honor and hikers can follow Fremont Ridge Trail which follows the battalion commander’s historic route over the mountains.

Named for by John C. Fremont for Richard Owens (1812-1902), an Ohio born explorer (aka “Owings”), who accompanied him on his third expedition to California (1845–46). Fremont also named a valley, river and lake for Owens, whom he considered “cool, brave and of good judgment”. Owens served as Captain in Fremont’s California Battalion during the Mexican-American War, and was California’s Secretary of State during Fremont’s brief tenure as Governor (1847).

We put in a cursory effort to try and locate Native American rock art in Indian Wells Canyon, but came up empty, which isn’t a hard achievement to attain when looking for small stains of faded paint hidden along a monstrous mountainside stubbled with a million rocks and looming ridges and peaks.

We were rewarded, however, with awesome views of the Sierran landscape. Leaving the stark flatness of Mojave Desert, we climbed by four wheels up the long canyon ’til we reached high slopes covered in knobby granite and conifers and accented with the color of spring wildflowers.

Perhaps a few images may inspire readers to get out and explore places they’ve never seen, because you just never know what you may find even if you don’t find what you were looking for. 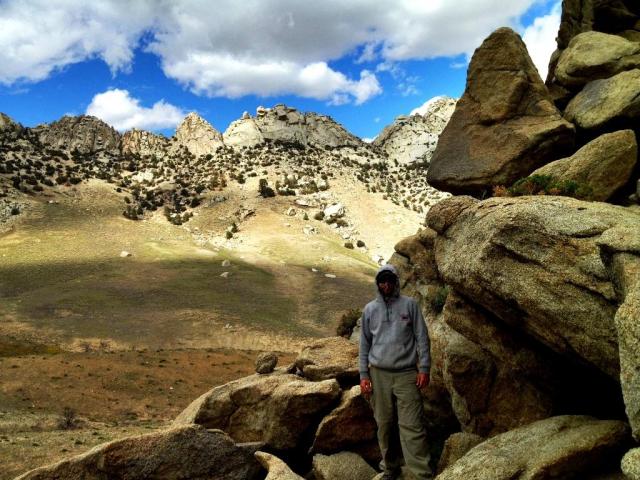