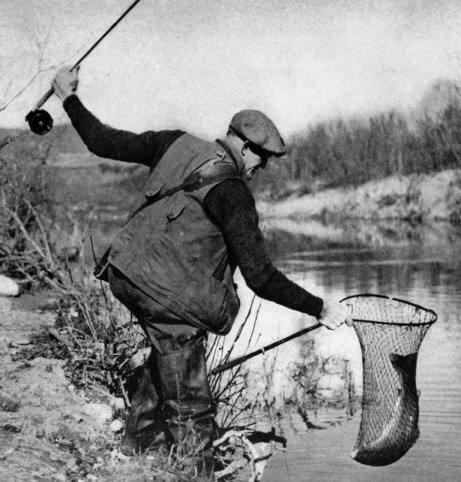 “And here—only one hundred and fifty miles from the great Los Angeles metropolitan area—flows the Santa Ynez, the most productive of all the little steelhead rivers of the south. A tiny brook in midsummer, it heads far back in the higher reaches of the Coast Range to become, with this immense watershed, a real river after the first rains of winter. And then with a continued flow assured it receives not only one but several good runs of large steelhead through the winter. And the splendid fish taken in great numbers there each good season, in this easily reached region so close to a great center of population, are a constant reminder of nature’s marvelous works.”

For thousands of years steelhead fought their way up the roiling waters of the 92-mile long Santa Ynez River to spawn. With freshets brought on by seasonal downpours, the 900-square-mile watershed flushed a deluge of runoff out of mountain canyons and into the ocean. Blowing out the sandbar between the Pacific and the Santa Ynez River estuary, the river linked mountains with sea, riparian with marine and the steelhead ran upstream in waves of 20,000 to 30,000 or more. 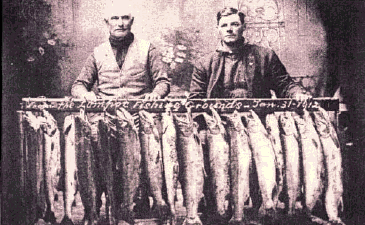 Steelhead fishing in Lompoc in 1912.

But around the mid-twentieth century, the steely shimmer in the river waned and then nearly ceased altogether over the next several decades. The construction of Gibraltar Dam (1920) and Bradbury Dam (1950) barred access to essential spawning grounds, and as human population increased, so too did the variety of new threats to critical riverine habitat.

The 1945-6 season marks the date of the last reported substantial steelhead run on the Santa Ynez River. The next season schools of fish were seen swimming the shoreline waiting for the estuary sandbar to wash open, but it never happened. From there steelhead headed into a period of catastrophic decline.

By 1997, the Southern California steelhead population had declined by an estimated 99% in the previous century and they were listed as an endangered species. In many streams that once supported the fish they have gone extinct. The current estimated Santa Ynez River steelhead run is a measly 100. From abundance to near absence in one lifetime, the steelhead today cling tenaciously to a precarious existence. 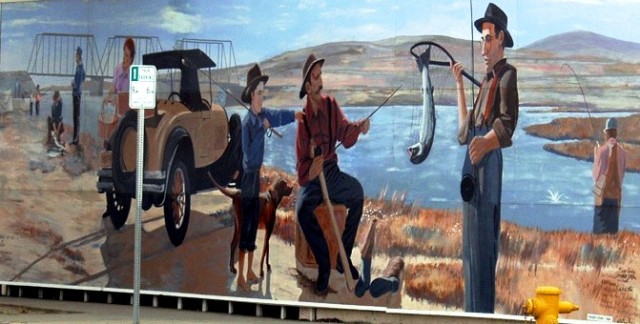 One of the many murals in Lompoc, this one depicts how fishing once was at the river mouth not far from town. Painted in 1994 by Roger Cooke and other artists, it’s entitled, “Steelhead Fishing in the Santa Ynez River.”

6 Responses to Native Steelhead of Yore