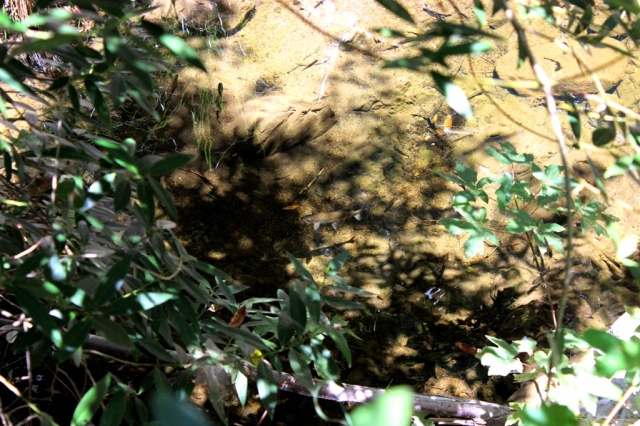 I came across this trout the other day in a thin trickle of a backcountry crick. I’d estimate him to be about to eight inches long. He was keenly keeping to the shadowed portion of a tiny pool and every so often would circle out into the direct sunlight as if on patrol of his domain.

I’ve noticed over the years, through observation in different locations, that the largest fish in a little pool will tend every so often to assert itself among the smaller fish and chase them around.

I peered through the streamside tree branches for a while watching the interplay between him and the smaller trout, as they occasionally darted up to pluck insects from the water’s surface. When the little ones swam too quickly or too close he would chase them around for a second and then drift back to the shallow, shadowy edge of the stream. 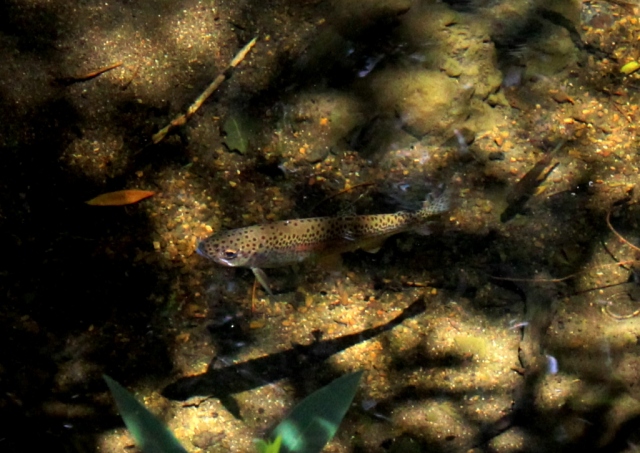 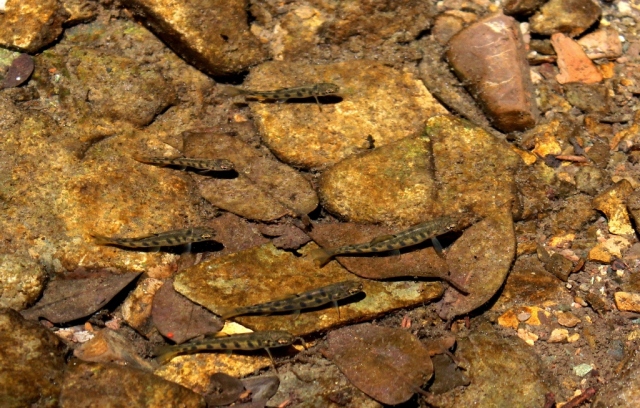