In the roiling social wake of the George Floyd killing, and the peaceful protests and the violence and destruction that erupted across these United States and the world, in this moment of national reflection and argument on matters of race and recognition and respect, when statues of Confederate as well as Union leaders have been toppled, and the military stands guard around the Lincoln Memorial, the question above comes to mind.

Here in Santa Barbara a small nation of dark skinned people were once forcibly rounded up by other light skinned people motivated by a supremacist ideology, removed from their homes, and taken to camps where their kidnappers pressed them into labor, chased down runaways, and through the systematic use of violence from beatings to murder sought to reeducate them and strip them of their culture.

The events sound reminiscent of the antebellum American South.

This happened to the Chumash Indians in Santa Barbara County at the hands of the Spanish Franciscan friars, the padres.

The padres manifest their nation’s destiny by the sword over the peaceable hunter-gatherers, motivated by a sense of duty to a superior god and for the glory of Crown and Church and their exceptional nation-state, as they saw it.

These sorts of aggressive and belligerent actions were commonplace at the time and throughout history, nothing singular in their cruelty, and arguably in accordance with international law known as right of conquest.

Today we recognize the moral bankruptcy of the might makes right argument.

Morning at a spring in the Chumash Wilderness.

“Women are never whipped in public, but in an enclosed and somewhat distant place that their cries may not excite a too lively compassion, which might cause the men to revolt.”

So wrote Jean Francois de la Perouse in 1786 after visiting a California mission and witnessing the abuse of Indians and the inner workings of the padres’ regime of oppression.

“The latter, on the contrary, are exposed to the view of all their fellow citizens, that their punishment may serve as an example,” La Perouse wrote regarding the punishment of Indian men by the padres.

These punishments are adjudged by Indian magistrates, called caciques. There are three in each mission chosen by the people from among those whom the missionaries have not excluded. However, to give a proper notion of this magistracy, we must observe that these caciques are like the overseers of a plantation: passive beings, blind performers of the will of their superiors. Their principal functions consist in serving as beadles in the church, to maintain order and the appearance of attention.

No doubt the padres carefully guided the selection of their caciques in order to facilitate Spanish conquest.

Disobedience,  insubordination, intransigence were not tolerated. Hence the whippings.

Walker A. Tompkins, the late Santa Barbara historian, wrote of what was the largest organized revolt in the history of California missions and noted that the fight of 1824 began “over the flogging of a Purisima neophyte.”

Outraged over the beating, the Indians burned much of the Santa Ines mission and surrounding buildings and the uprising spread to Santa Barbara and La Purisima missions.

The passage above from La Perouse calls to mind the epithet of “house negro” in describing such servants as the caciques that aided their oppressors if only to slightly better their own plight.

Malcolm X can tell you about it: Malcolm X: The House Negro And The Field Negro Speech.

La Perouse concluded that the padres thought of the California Indians as “too much a child, too much a slave, too little a man.”

White slave holders and postbellum oppressors routinely referred to black men in America as “boy” and to this day the simple word can be explosive and is loaded with the freight of history.

Mr. T chose his stage name with this in mind, so that whenever somebody addressed him the word “mister” came first. Growing up he says he saw too many white men call black men “boy.” 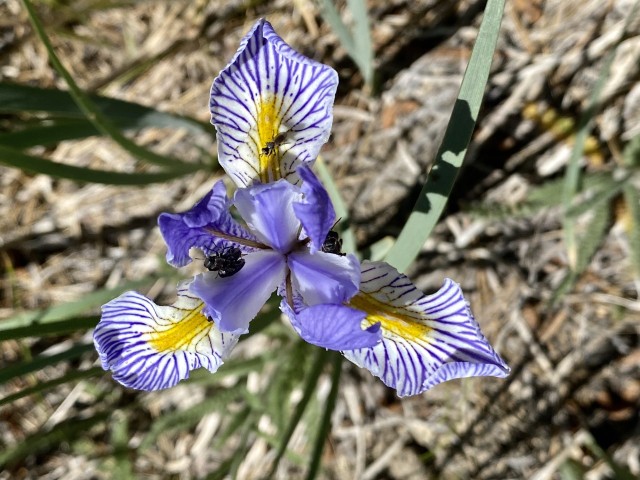 Scott O’Dell won numerous awards for his 1960 novel, Island of the Blue Dolphins. The book is based on the true story of a Nicoleño girl left alone for 18 years on San Nicolas Island after the padres forcibly removed her people to the mainland. Juana Maria, as she came to be known, is buried at Old Mission Santa Barbara.

When Chumash Indians fled the Catholic Church’s ruthless grasp and escaped into the interior hinterlands to live with other holdouts the padres launched military expeditions to recapture the runaways.

The following describes events surrounding runaway Indians from Mission La Purísima in Santa Barbara County. One of the padres had an especial relish for children.

By 1817, Tulami, a Yokuts village on the northwestern shores of Buena Vista Lake, had developed a reputation among the Chumash neophyte Indians of Mission La Purísima as a refuge away from Spanish settlements.

In the winter of 1817, Father Mariano Payeras discovered that six neophytes left Mission La Purísima and headed east to Tulami without informing him or the other missionaries.

Because the neophytes neglected to ask the missionaries for permission to leave La Purísima, Father Payeras categorized the Indians as “fugitives.” He asked the commandant of the Santa Barbara presidio to organize a search party to capture and return the “fugitives” to the mission.

Owing to his previous successes in the conversion of children, Payeras was especially hopeful of retrieving the youngest Indian, a thirteen-year old boy named Sebastián Viquiét.”

Swallowtail on an iris beside the spring in the Chumash Wilderness, June, 2020.

In 1936, wildlands in and around Santa Barbara County once home to the Chumash for thousands of years were named Los Padres National Forest in honor of the Franciscan friars.

The profound historical significance of other issues should also be taken into account when naming our public resources.

Do you think something else besides a footpath may be of profound historical significance here?

In 1924, the Johnson-Reed Act was passed which barred Asian immigrants from the United States. The law was sometimes referred to as the Japanese exclusion act and it served as a resounding victory for the anti-Japanese movement in California at the time.

Roger Daniels The Politics of Prejudice: The Anti-Japanese Movement in California and the Struggle for Japanese Exclusion

Around the same time period Los Padres National Forest was named twelve years later, segregation was matter of course, the Ku Klux Klan burned crosses in California with the Klan openly demonstrating in costume and marching in rallies in Washington D.C. and it would not have been unlikely to see the same in Santa Barbara.

The naming of the forest was a product of its era and popular national sentiment of the time.

Judging the past by today’s mores and social norms can be a mistake.

And sometimes history is so muddled as to be impossible. Thomas Jefferson owned many slaves, but how can we possibly rid ourselves of the Declaration of Independence that he authored?

But, perhaps now it is time to reconsider the name of our forest all these years later after so much has changed. Even the Supreme Court changes its mind now and again.

In 1992, the United States honored the Chumash with a wilderness in their name. The Chumash Wilderness lies within the bounds of a national forest named in tribute to the marauding religio-racial supremacists whose plunder was found in the form of native bodies, and who enslaved and killed their kinfolk and tried to erase their culture from existence.

37 Responses to Rename Los Padres National Forest? Race and Recognition In the Woods