The Origin of the Name “California” and the Island Myth 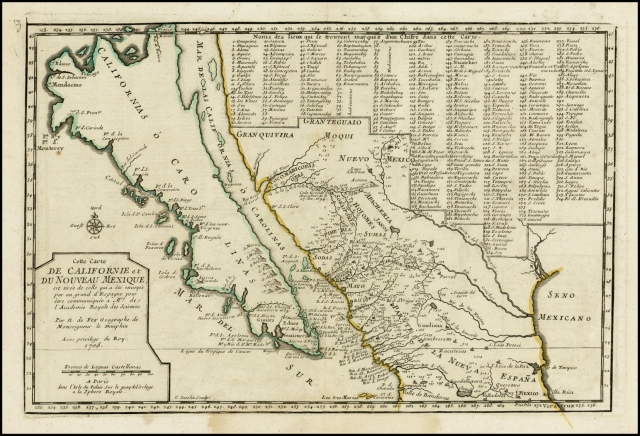 The Origin of the Name “California”

“There ruled on that island of California, a queen great of body, very beautiful for her race, at a flourishing age, desirous in her thoughts of achieving great things, valiant in strength, cunning in her brave heart, more than any other who had ruled that kingdom before her. . .Queen Calafia.”

The story tells of a mythical island called “California” ruled by Queen Calafia and warrior women “of vigorous bodies and strong and ardent hearts and of great strength.” The queen and her warriors venture forth on forays, where they seize and kill men they come upon. Any man found in their domain they eat. And although sometimes they have children from those they make peace with they keep only daughters and murder sons. It is a land near the Terrestrial Paradise, where the only metal in existence is gold. A land where griffons abound, which the women take as pets and feed to them the men they capture and the sons they bear.

Where Montalvo got the idea for the name remains unknown, but several plausible theories exist. One idea holds that it stems from an Islamic term for leader, which is “caliph.” The Spanish equivalent being “Calif.” In Montalvo’s novel Queen Calafia is a sovereign ruler who is allied with infidels against Muslims. Thus the name “California” is a logical designation for the land she ruled over.

Montalvo’s novels were popular reading material and the legend of California island was not unknown to New World explorers of the time. But like much in history no definitive understanding informs us today of the events surrounding the actual naming of the land that is now part of the United States. “No clear account has come down to us,” Dora Beale Polk writes, “about how the name was chosen, where, when, or by whom. All we have to date are tantalizing scraps of information.” What is understood is that the name was first applied in some manner to the Baja peninsula. Either the headland known today as Land’s End near where Cabo San Lucas is located or in reference to the entire peninsula itself.

The Island of California Myth

“A general tendency of geography and romance prevailing in those days was to locate in an insular landscape the scene of adventures and the place of wonders and marvels.”

Spanish explorers of the 16th century thought California was an island. It was a myth that ebbed and flowed through the centuries based on the reports of various maritime explorers of different nationalities. Despite occasional doubt cast upon the legend and contrary evidence, the mistake was reflected on maps for a couple hundred years and became one of the great cartographic errors of all-time.

Upon landing on the Baja California peninsula in 1535, Hernán Cortés believed he had found an island. In describing his discovery as insular he is credited as the originator of the island theory. Cortés thought the body of water later named in his honor, the Sea of Cortés, was actually a strait separating mainland Mexico from the island of California. In 1539, he sent an expedition led by Francisco de Ulloa to circumnavigate the imagined island and it was Ulloa that named the Gulf of California in Cortés’ honor. Ulloa, however, was unable to lay the myth to rest and correct Cortes’ erroneous belief. The legend lived on.

Yet, as early as 1542, the notion of California being an island was largely dismissed and cartographers began showing the region attached to the mainland. Despite the change in general sentiment, though, all views remained at most “ambiguous or fence-straddling theories,” Polk writes. The myth proved hard to kill.

Maps drawn in subsequent years, such as the one featured here from 1705, resurrected the island myth. It was not until 1747 that the true nature of California was finally settled. In that year, Spanish monarch Ferdinand VI issued a royal proclamation based on the exploration of the Jesuit missionary, Fernando Consag, and informed the world that “California is not an island.” There was finally too much evidence for myth and fantasy to outweigh empirical facts on the balance of reason. At long last the uncertainty was over.

A detail showing the “Canal of Santa Barbara” as thought to exist in 1705. It was a place name later mentioned by Richard Henry Dana, Jr. in 1835. Today it is better known as the Santa Barbara Channel.

Dora Beale Polk, The Island of California: A History of the Myth (1991)