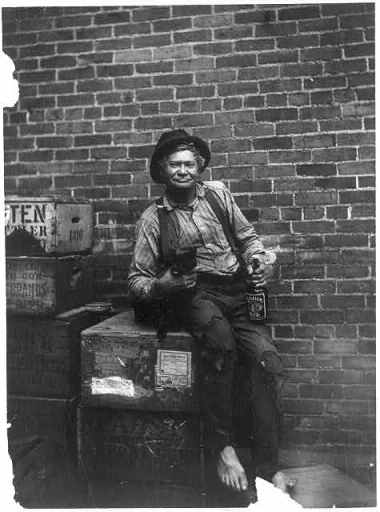 Daniel Collins, commonly called “Arizona Jack,” or “Happy Jack,” died at Saticoy on the night of the 25th of February, from an overdose of whiskey. It appears that during the day he went into Morris Cohn’s store at Saticoy, to beg a dring (sic) of whiskey. Cohn gave him a beer glass filled with the poison, which he drank, enough to itself kill an ordinary mortal. But he was given two more glasses by Mr. Cohn, which he drank in rapid succession. Overcome by the liquor he immediately went and laid down, and expired about 10 o’clock in the evening. Mr. Cohn cannot be too severely criticized for his lack of judgement shown in this matter, although in all probability he meant no harm in giving the man the whiskey, still he ought to have known better. Such trifling is most dangerous.