As the moon moved in front of the sun the daylight noticeably waned, and the landscape took on the warm-colored glow of late afternoon winter light, though with less intensity and an eerie shadowy cast to it.

While you could just barely, sort of see something of the eclipse with the naked eye when looking at the sun for a split second, as filtered through sunglasses and the branches of nearby pine trees, it was effectively invisible without the use of special glasses with super dark lenses like welding goggles. We joked about foolishly looking at the sun without eye protection: “Did you see the eclipse?” “Yeah. It was the last thing I ever saw.”

An annular solar eclipse occurs when the moon is furthest from the earth during its orbit and closer to the sun. This allows the much smaller moon to block out most of the much larger sun; similar to blocking from view a huge building way down the street by putting your fist in front of your eyes. According to the Los Angeles Times, the next time southern Californians will see an eclipse of this magnitude will be in 2071.

Views of the annular solar eclipse of May 20, 2012 as seen from La Cumbre Peak, Santa Barbara, California: 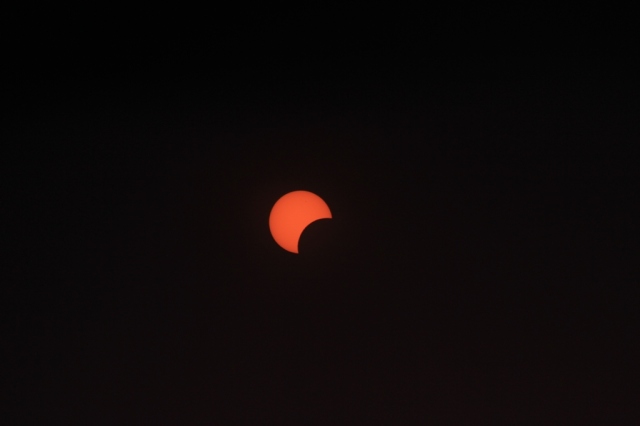 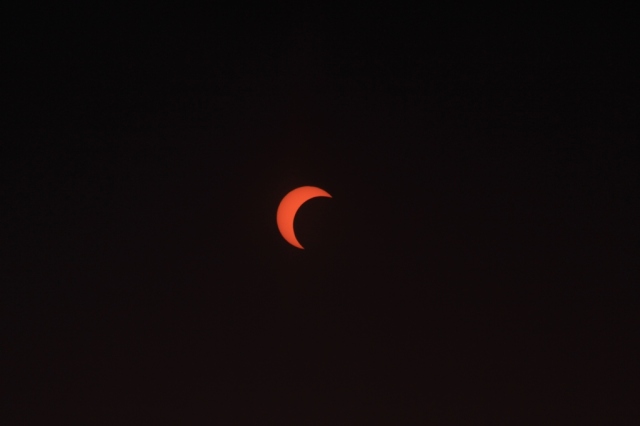