Fight With a Condor: Experience of a Forest Ranger in Santa Barbara County (1902)

Although the forest ranger mentioned in the newspaper article below is Joseph Montgomery, I wonder if it may actually have been a brief about Josiah T. Montgomery, for whom Montgomery Potrero atop the Sierra Madre Mountains is named. I do not know if Josiah was a forest ranger, but he was a pioneer of the Sisquoc River region and his was the last official homestead claim made in that particular area (Blakley & Barnette 1985).

The article was originally published in the Los Angeles Herald in 1902. About that time the California condor population is estimated to have numbered about 600. By 1987 the condor population had been decimated by intentional and unintentional human actions. In that year the last California condor still flying free in the wild was captured in a desperate attempt to save the species from possible extinction. 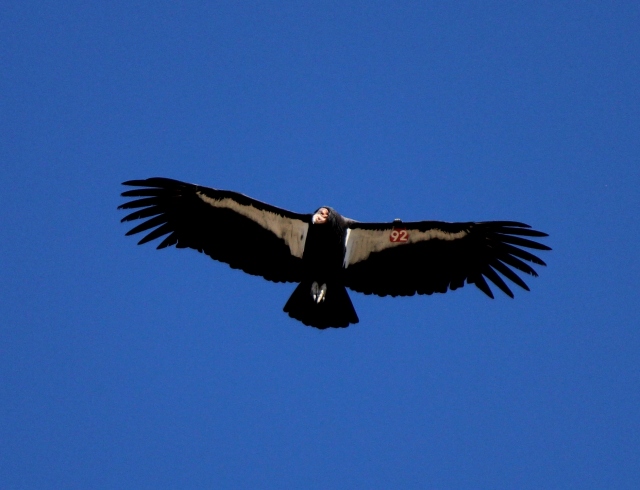 Fight With a Condor: Experience of a Forest Ranger in Santa Barbara County

SANTA MARIA, March 12 —As Joseph Montgomery, one of the forest rangers, was on his way to town last week from the government forest reserve he had quite an experience with a California condor. Coming down a wild canyon he noticed a commotion in some brush near the trail, and on investigation found that two mountain foxes had attacked an immense condor, which was apparently sick and disabled. As the fighters worked out of the brush Montgomery tried to lasso the bird, but with no success, as he would fight the rope off with his wings. It attacked Montgomery by striking at him with his beak and talons, and for a time was getting the best of him until the ranger picked up a club and soon dispatched the bird, but not until his clothes were in a sadly demoralized condition, and he still can show several ugly scratches. The wings, which he brought home, measured nine feet across. As this species is vary rare, he tried to capture it alive.

1 Response to Fight With a Condor: Experience of a Forest Ranger in Santa Barbara County (1902)