Wolves, Grizzlies and the Howling Wilderness of Change, Santa Barbara National Forest: Race and Recognition In the Woods 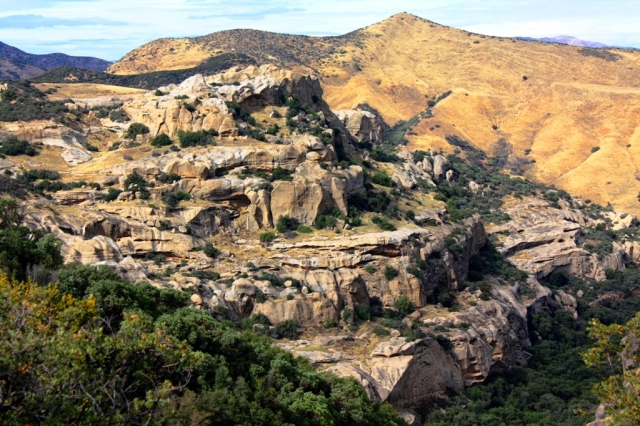 Chief Standing Bear of the Oglala Sioux once stated that his people “did not think of the great open plains, the beautiful rolling hills and the winding streams with their tangled growth as ‘wild.’ Only to the white man was nature a ‘wilderness’ and. . .the land ‘infested’ with ‘wild animals’ and ‘savage’ people.”

Quoted from Roderick Nash Wilderness and the American Mind (1973).

The chief’s statement stands to reason.

Chief Standing Bear and his people stood on a mountain of thousands of years of acquired knowledge about the land around them. The Sioux saw the world through the crystal clear lens of a sophisticated culture born of the land and in tune with its subtleties and they well knew how to live with ease from all nature provided.

The white man knew nothing of it.

To the white man the open wild country where the Sioux flourished appeared as a vast and frightening wasteland that his European culture had not prepared him to face.

In some places of the great prairies in the American Midwest prior to settlement the tallgrass reached heights of six to twelve feet. And that was all there was.

“The plains were not just unlike anything they had ever seen,” S. C. Gwynne writes of American pioneers heading west into the Great Plains. “They were, on some fundamental level, incomprehensible, as though a person who had lived in the high mountains all his life were seeing the ocean for the first time.”

Gwynne writes of a settler seeing the great grasslands for the first time:

“He would have seen nothing but a dead flat and infinitely receding expanse of grama and buffalo grasses through which only a few gypsum-laced rivers ran and on which few landmarks if any would have been distinguishable.

Travelers of the day described it as ‘oceanic,’ which was not a term of beauty. They found it empty and terrifying.

They also described it as ‘trackless,’ which was literally true: All traces of a wagon train rolling through plains grass would disappear in a matter of days, vanishing like beach footprints on an incoming tide.”

“At that point, everything the pioneer woodsman knew about how to survive—including building houses, making fire, and drawing water—broke down. It was why the plains were the very last part of the country to be settled.”

S. C. Gwynne Empire of the Summer Moon: Quanah Parker, and the Rise and Fall of the Commanches, the Most Powerful Indian Tribe In American History

Dan Flores writes that to some folks nowadays such as in the Sierra Club or Edward Abbey fans wilderness is “a worship word, sacred. . . But for many, maybe most, rural West Texans beyond forty, wilderness is what their great-granddaddies fought and their granddaddies conquered in this country. Wilderness is the enemy.”

Dan Flores Caprock Canyonlands: Journeys Into the Heart of the Southern Plains (1990)

The idea of wilderness as an adversary is perhaps what we see in the comment of early US Forest Service Ranger, Jacinto Damien Reyes:

“When I came here this country was a howling wilderness. It was infested with wolves, coyotes and grizzly bears; and they did a lot of damage to our livestock.”

Born in 1871, Jacinto Reyes lived most of his life in Ventura County’s upper Cuyama River valley in southern California. He spent over 30 years working as a US Forest Service ranger patrolling the Cuyama District of what was then known as the Santa Barbara National Forest.

A previous post on this blog mentions in his own words how his family hunted down and killed grizzly bears:

Grizzlies and wolves no longer exist here in the southern Los Padres National Forest. One wonders how radically the land and its biological systems have changed with their absence.

What trophic cascades were unleashed in the southern Los Padres National Forest and its designated wilderness reserves with the disappearance of such large mammals?

Caroline Fraser puts it simply: “The environment needs predators. They regulate ecosystems in ways we can never re-create artificially.”

“When wolves and bears were exterminated in most of the lower forty-eight states, our trigger-happy forefathers unwittingly set in motion a biological experiment in ecosystem impoverishment.”

Caroline Fraser Rewilding the World: Dispatches From the Conservation Revolution (2010)

When wolves returned to Yellowstone an extraordinary and unimaginable series of events occurred that changed the way a river flowed. The video below narrated by George Monbiot discussions the concept of trophic cascades and the far reaching impact of wolves on their environment.

Jacinto Reyes’ expression of a “howling wilderness” was a classic phrase of the day and reflects popular American sentiment of the time. He was, as they say, a man of his times.

As historian Roderick Nash notes, the term howling was a popular descriptor applied to wilderness back in the day by a citizenry leery of it, because they had to battle it daily to live. He quotes numerous primary sources using the term through the years.

Today wilderness is not much thought of as a foe or enemy. Change in popular sentiment came about, Nash writes, as civilization conquered the threat of wildness in most areas of the nation.

Today we may romanticize places that are much different now but were terrifying, dangerous and deadly to those Americans that carved out lives here before us.

We may forget or discount the historical context of the times that influenced and informed their decisions back then which do not always measure up to our contemporary values and ideals now.

Perhaps it is unfair for Fraser to write of people like Reyes as “trigger-happy.” She may have had a different view if she had been the one living in the mountains in 1880 with wolves and grizzlies and was a day’s ride on horseback to and from the nearest town and communication with the outside world.

The United States Forest Service presents a page memorializing Jacinto Reyes as the first Hispanic ranger rather than criticizing or condemning him as an agent of extinction in a state with the absent grizzly bear on the flag.

The Jacinto Reyes National Scenic Byway was named in his honor and runs through Los Padres National Forest.

We do not judge the man by today’s environmental standards, while sequestered away from the natural world in a city, and swaddled within our plush and comfy well-stocked homes with running water and electricity and lights and refrigeration and plumbed gas stoves and heaters and supermarket grocery stores nearby and 911 and hospitals a short distance away and paved roads and cars to get us there.

This is the on-the-one-hand-but-yet-on-the-other-hand tight rope we walk when grappling with the muddled mess of history and the multifaceted and multilayered characters we find back there.

And so how much do we overlook of Junipero Serra’s record in order to celebrate him and the padres and name our wildlands Los Padres National Forest?

“I am sending them to you so that a period of exile, and two or three whippings which Your Lordship may order applied to them on different days, may serve, for them and for the rest, for a warning, may be of spiritual benefit to all; and this last is the prime motive of our work. If Your Lordship does not have shackles, with your permission they may be sent from here.”

“In the midst of all our little troubles, the spiritual side of the missions is developing most happily. In [Mission] San Antonio, there are simultaneously two harvests, at one time, one for wheat, and of a plague among the children, who are dying.”

The Lesser-Told Story Of The California Missions

What in history should we focus on and what should we pay less attention to? 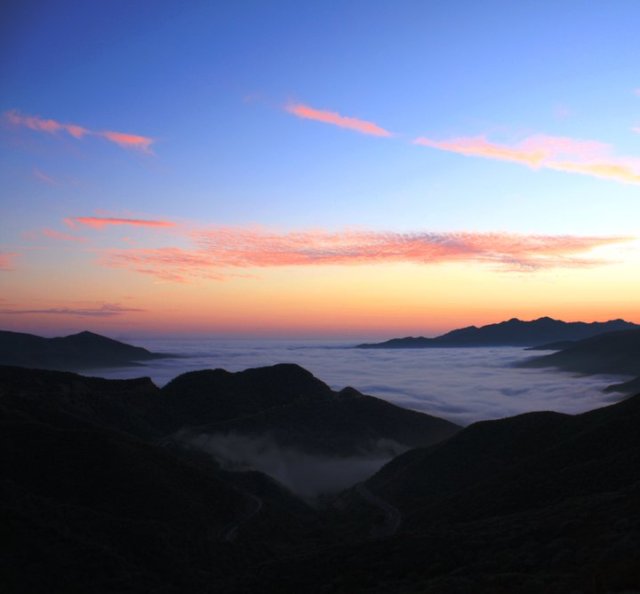 Victor Davis Hanson is a fifth-generation raisin farmer from the Central Valley of California and an historian. He lives in the farmhouse built by his great-great grandparents in the 1870s. He earned a PhD in classics from Stanford in 1980.

In his book Mexifornia: A State of Becoming (2003), Hanson says of the Father Serra matter:

“In the fourth grade we were asked to memorize the names of the California missions. Protestant and Catholic alike learned that Father Serra was a civilizing, if flawed figure that tried to introduce agriculture, transportation and some refinement to a barren California landscape. In contrast, later generations have been told that the friar whipped Indians and forced them to convert to Catholicism. Surely the truth lies somewhere between the romanticism of my own education and the cynicism of the current indoctrination. But what is missing in the new dispensation is any sense that the world in which we live now—the cosmos of universities, the rule of law, antibiotics, surgery and eye glasses—for good or ill evolved from the world of Father Serra, not from the indigenous peoples of California whom he may or may not have oppressed.”

Serra came to California with the Portola Expedition to begin the mission system.

A plaque on a boulder at the Santa Barbara Courthouse memorializes the expedition as the “the first white men to march through the wilderness of California.”

The Los Padres National Forest was named in a similar manner.

“It will be seen that the Santa Barbara National Forest was the result of a consolidation of different national forest units. It was located, however, in six counties and residents of other counties somewhat resented the name Santa Barbara. Public pressure was brought to bear on local administrators to change to a name less identified with one county. The four counties of Ventura, San Luis Obispo, Santa Barbara and Monterey, in which the bulk of the national forest was located, were all closely identified with mission history, and the trail of the Mission fathers led over the rugged slopes of the Santa Barbara National Forest. Furthermore, nine of the old missions were located adjacent to the national forest area, already replete with an atmosphere of Spanish and Mexican days. It was quite logical that the name finally chosen, “Los Padres” (The Fathers), would be met with universal approval, so by executive order of President Franklin D. Roosevelt, dated December 3, 1936, the Santa Barbara National Forest became Los Padres National Forest, ‘The Forest of the Fathers’–a fitting memorial to its first white users.”

These matters are intertwined and deeply woven into the cultural cloth of our community from an assortment of ethnic threads and we cannot yank one thread without disrupting the cloth of which it is a larger part.

If we yank one thread out, it may unravel the tapestry, may pull other threads with it, may fray the edges of the cloth and weaken the integrity and strength of the collective whole.

What sort of social trophic cascade may be let loose? And where would it stop?

6 Responses to Wolves, Grizzlies and the Howling Wilderness of Change, Santa Barbara National Forest: Race and Recognition In the Woods