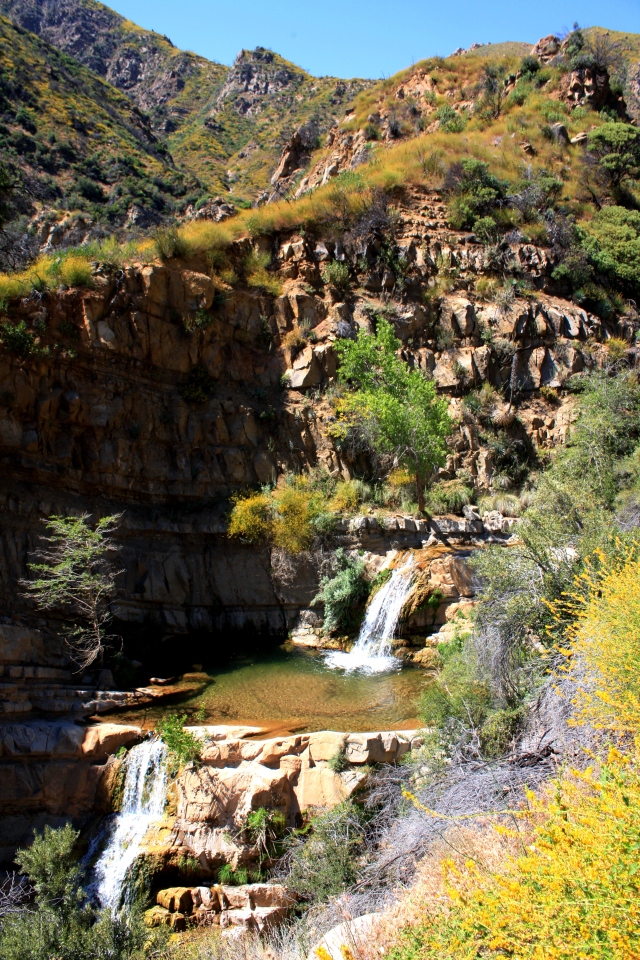 I started out midday in the iron horse. At Escondido Creek on the north side of the Santa Ynez Mountains on Romero Camuesa Road, I came across a swarm of thousands of ladybugs. I made it to the Indian Creek Trailhead at about 3:30. Nobody was around and I set off through the gate and down the dirt road to the trail junction. A few people had signed the log on different days.

It was a good time to be hiking up the canyon in the late afternoon shade. Plenty of water was still flowing all the way down the canyon at a decent clip. I took my time and made it to Meadow Camp about an hour before sundown. Some jackass had left a plastic bag of trash that had then been shredded by some critter.

I was on the trail early the next morning and zigzagged my way up the narrowing canyon the remaining couple of miles. After crossing the creek the last time just before reaching Indian Creek Camp, the trail led through a swarm of some type of bee-like fly that had scores of burrows in the ground. Not sure if they stung or not, I ran through the swarming insects and within a few yards I came around a slight bend in the path only to nearly stumble onto a rattlesnake.

I swung my walking stick toward the snake on my left and yelled at my dog as it started to rattle. I coxed it off the trail and into the creek and then nearly had to drag my dog across the trail where it had crossed.

After setting up camp I hiked up to the waterfalls for the day. It was hot in the sun, but walking through the creek kept me nice and cool making for a relatively easy hike. Erosion from the Zaca Fire in 2007 has filled in the creek with gravel covering the cobblestone in many places and making some sections of the creek easy walking. The surrounding mountains are still pretty barren, but the creek is shrouded in a lush, verdant tangle of vegetation.

I set out early the next day to hike up the creek and spend some time at the Perfect 10 waterfall. But, alas! My dog had, at some point the prior year, officially hit and was over the peak of that proverbial hill that portends the inevitable decline into decrepitude.

Somewhere a mile or two above the falls I was forced to turn around lest I have to carry my dog back or leave her for mountain lion food. She was beat. Reaching camp by early afternoon I brewed some coffee and read Louis L’Amour the rest of the day.

I was plodding my way up the incline coming out of the potrero at Meadow Camp in late morning, on my way back, when I turned to see my dog slump down under a few branches casting a scant tinge of shade onto the sun-baked trail cut.

It ended up being a long, slow walk out, but with quivering legs, a dangling tongue and lots of breaks she finally dragged herself back to the truck. I never thought I would out hike my dog, but she could hardly walk by the time we got home. I had to lift her out of the truck and it took several days for her to recover. 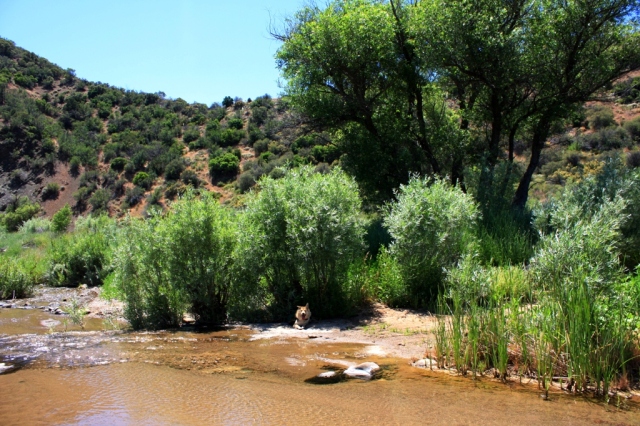