The bedrock plated, boulder strewn hills of Rocky Peak northeast of Simi Valley are made of the Chatsworth Formation, a 6000 foot thick sandstone deposit formed at the bottom of the ocean at the time of the dinosaurs.

The sand that makes up the rocks of today was washed off mountain slopes 70 to 75 million years ago during the late Cretaceous period. Rivers carried the sediment to the ocean and currents pushed it offshore. It settled to the sea floor accumulating in delta-like fans in submarine canyons thousands of feet deep and it was these deposits that fused into stone creating the Chatsworth Formation. Shifting climates, sea levels and fault lines would eventually leave the sandstone high and dry and form new mountains.

Over the last several million years a bend has developed in the San Andreas fault, which has forced the Pacific Plate and the Continental Plate to collide into each other, in addition to sliding past one another. The resulting compression has rippled the land south of the fault in Southern California and formed a series of hills and valleys or anticlines and synclines. Simi Valley, for example, is located in a syncline while nearby Big Mountain Ridge is an anticline.

The tectonic folding of earth’s crust from the pressure of the bending fault line fractured the Chatsworth Formation and thrust it skyward, where it weathered into the tan- and pink-tinged rocks of today. The busted up formation is riddled with caves, overhangs and tunnels providing hikers with the opportunity for hours of recreation exploring the range.

Here I am poking my way through one of the many tunnels in the sandstone. During periods of heavy rain, runoff flows through this channel. In other areas seasonal runnels appear and disappear falling into underground caves.

Along the west end of the Hummingbird Trail, in a section that crosses through a convenient gap in a prominent outcrop, there is a remarkably long cave that is about 100 feet long. Scrambling through the hollow is akin to what an ant must feel like crawling through a deep crack in a sidewalk, where a tree root has split and uplifted the slab. The sequence of photos below shows the cave as I made my way through from one end to the other. 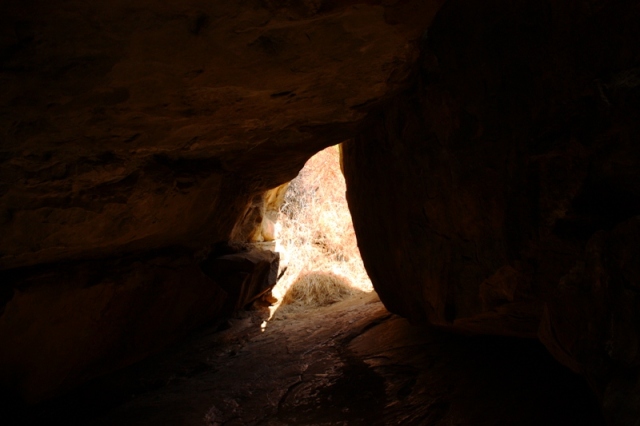 Looking back at the entrance.

Looking down the throat of the cave from the same spot as the last photo. 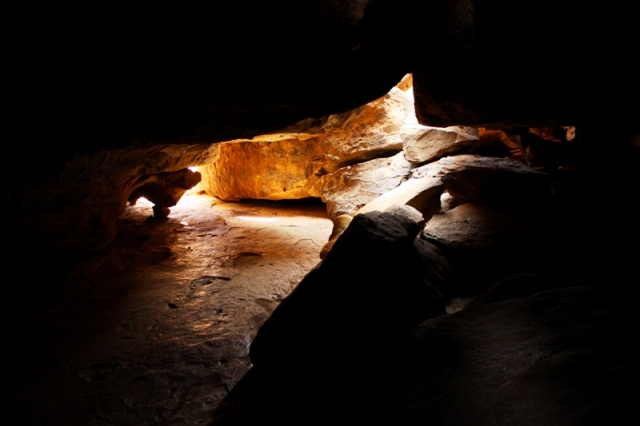 Looking back at the entrance on the left, as seen from a little further down.

Continuing down the cave. 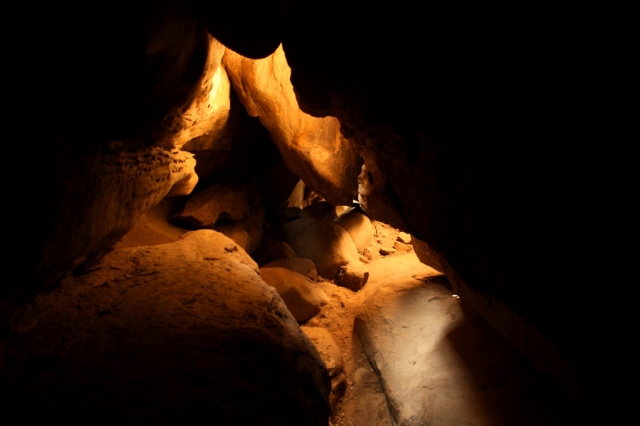 The bottom exit hole on the right. 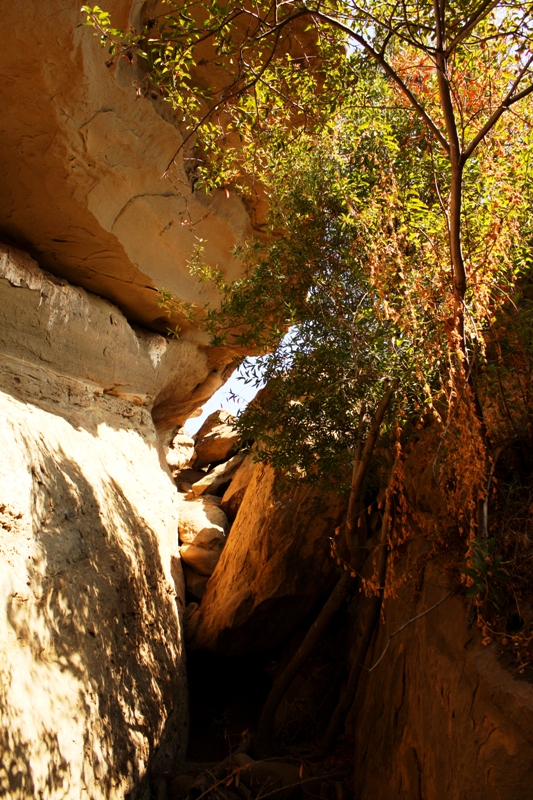 What that exit looks like from the outside. The lower opening of the cave seen here as the darkened area at the bottom center of the photo. 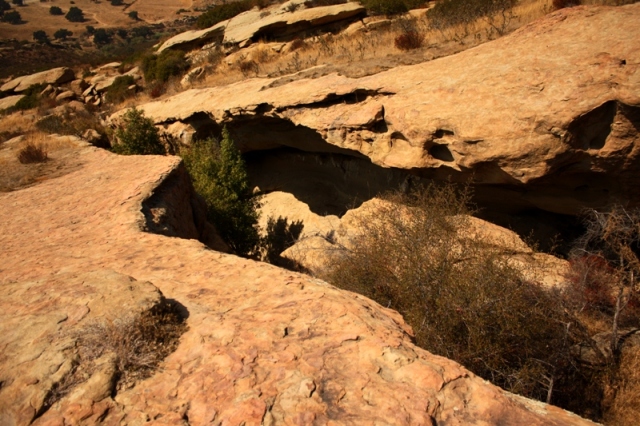 Looking over the giant crack in the sandstone plate where the cave is located.