In September 2012 I had the privilege of naming a Chumash pictograph site theretofore undocumented by the U.S. Forest Service. In August 2012 I mentioned on this blog that I stumbled across some Chumash rock art  I didn’t know existed. Following that post a friend, or perhaps it’s more accurate to say an acquaintance, contacted me and said there was a chance that the site in question was unknown to the U.S. Forest Service. Not that it was a new, never before seen discovery, but that it was not officially documented and recorded by the U.S.F.S. in their annals of archaeology.

And indeed, he was correct. He later organized an outing with a friend of his that serves as a volunteer for the U.S.F.S. and who documents archaeological sites in the Los Padres National Forest. His friend has, let’s say, a family association with recording the history and prehistory of the L.P.N.F. And so one sunny morning we met in the mountains and I led them to the site for a day of oh-fficial documentation.

It was mentioned while hiking that as the person that reported the pictograph site I was entitled to bestow a name upon it. At first I thought it was said in jest, but through out the day I was asked several times what I wanted to name the site. For whatever reason I was preoccupied with other thoughts and never thought much about a name.

The archaeological site was recorded in detail with photographs, sketches, and descriptions of the pictographs and notes taken on “culturally relevant variables such as vegetation, fauna, soils, geology, landform, slope, aspect and exposure.” It was concluded to be, “A Chumash rock art site without artifacts or other cultural features, which suggests a spiritual significance.”

Later that afternoon, after having returned from the pictographs, the subject of naming it came up again. I mentioned that I wasn’t sure what to call it, but that I would like to choose an appellation that reflected the unique nature of the location. I wanted a name based on the specific character of the pictographs or the geography of the area where they are located.

One of the guys in our four man group, I’ll call him WC, suggested “Fallen Rock.” That was exactly the type of name I wanted. One of the defining features of the site are the rocks that have fallen off of the sandstone cliff where the main panel of paintings are located. These fallen rocks are adorned with numerous pictographs including, “An anthropomorphic figure composed of an aquatic with a dorsal fin and a bulbous head with two short, knobbed antennae.”

And so it is that this particular site came to be officially named Fallen Rock. 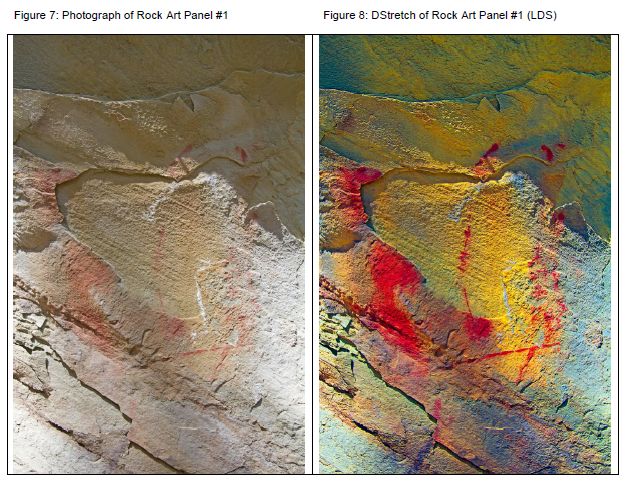 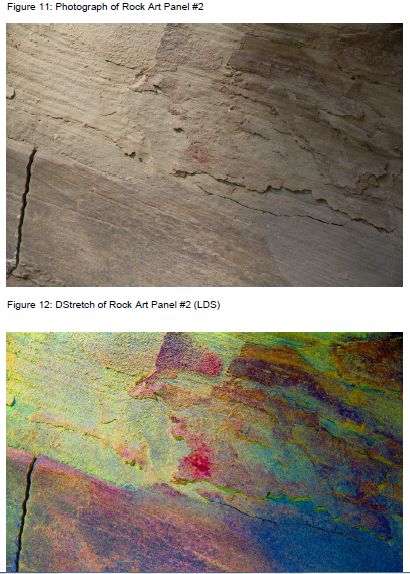 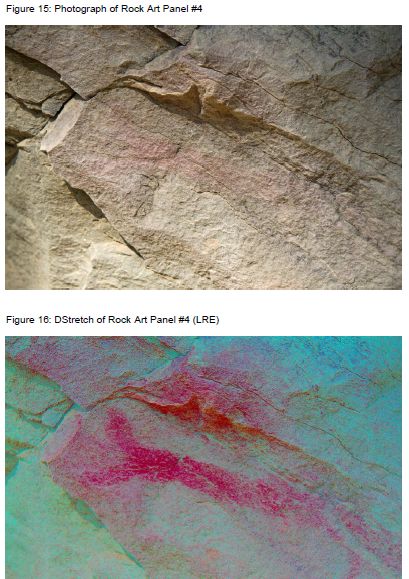 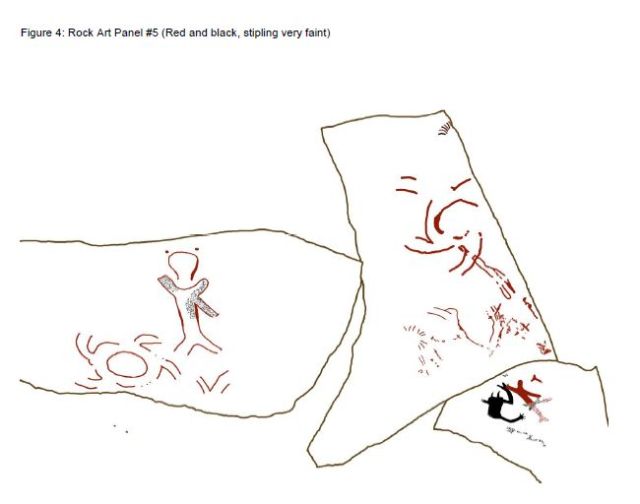 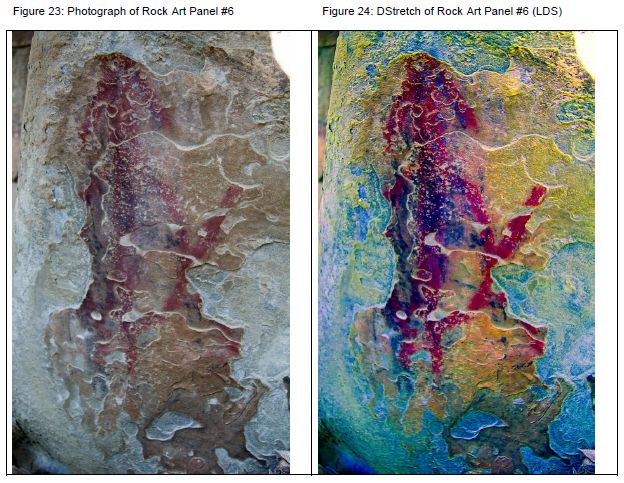