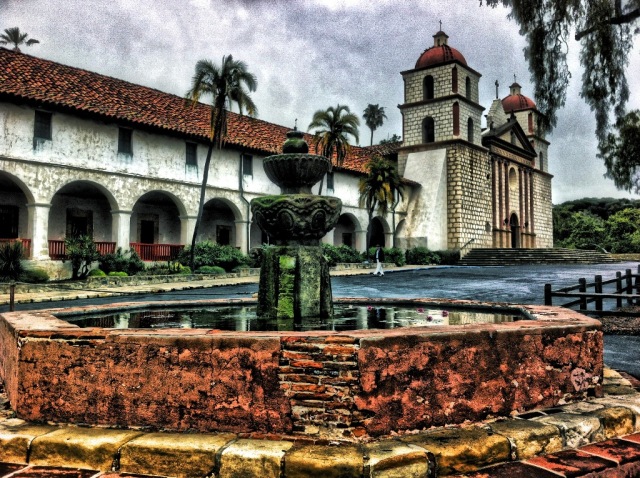 Mission Santa Barbara, “Queen of the Missions,” was built in 1820. The original church was founded on December 4, 1786 and was the tenth mission built by the Spanish Franciscans in California. It was later rebuilt twice, its size increased each time, before the building standing today was constructed. The Moorish water fountain was sculpted in 1808 by José Antonio Ramírez. 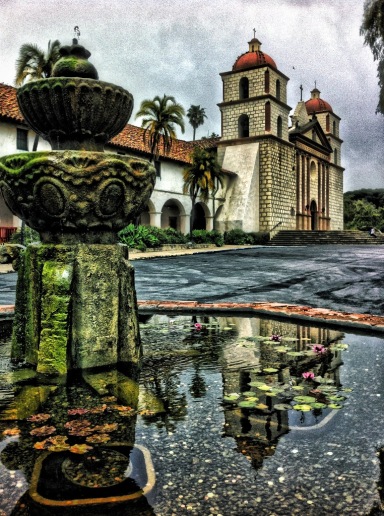 The Mission lavanderia where Chumash Indian neophytes once washed their clothes. The central basin was filled with water and the sloping sides were used for washing. 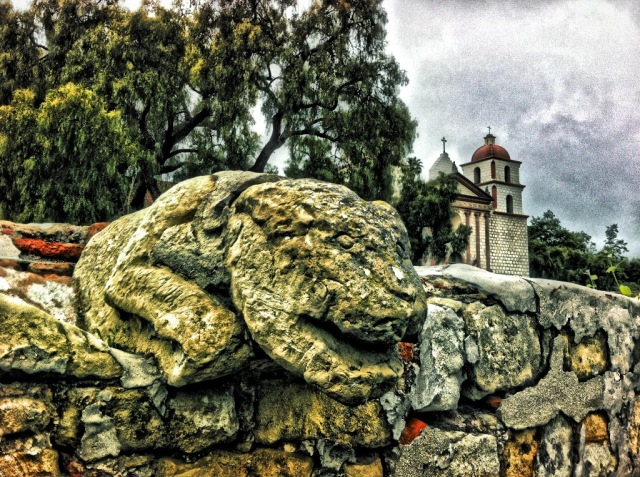 The sandstone fountainhead on the end of the lavanderia.