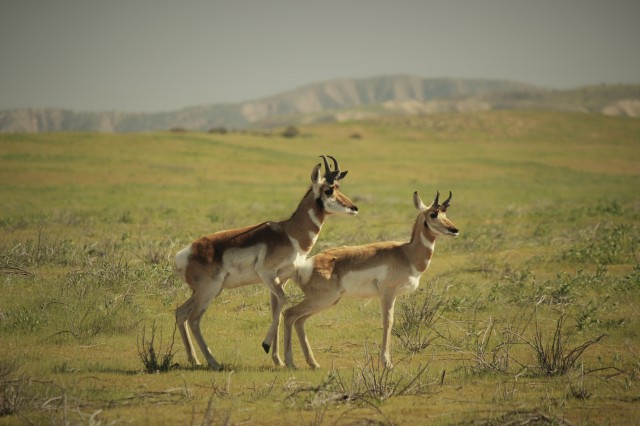 “We were taught how the pioneers went into the West. They opened their eyes and made up what things could be. . . .People think there aren’t frontiers anymore. They can’t see how frontiers are all around us.”

I first visited the Carrizo Plain seventeen years ago, shortly before it became a national monument in 2001. That day, in the waning light of late afternoon on the drive out of the immense plain, my friend M.G. and I came across a lone bull tule elk. I was stunned. I had no idea at that time that elk ranged a mere fifty miles, as the condor flies, from Santa Barbara.

At first glance the Carrizo Plain had appeared to my unknowing and unappreciative eyes as a wasteland devoid of life or anything of interest aside from the Native American pictographs that originally attracted me to the place. The elk opened my eyes to the fact that my extended backyard was a lot wilder than I had known. 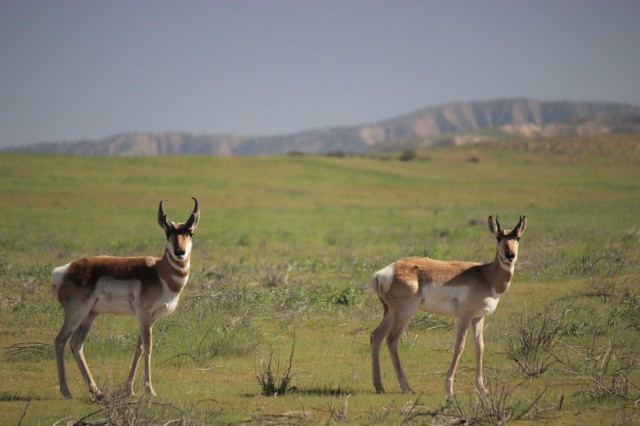 The Temblor Range seen in the distance runs along the edge of the San Andreas Fault.

What first drew me to the plain those many years ago was the archaeological site of Painted Rock. Once on the plain it was its absence of humanity and desolation and quietude that compelled me to return. In subsequent years I made more trips to the plain than I can remember, and in that time I began to develop a deep appreciation for the subtle richness to be found there.

I’m not sure it is accurate to say that there is a lot to do out there, but I have no reservations in stating positively that there is a lot to see, although it may not appear that way at first glance. There is a difference between looking and seeing. In a moment a body may look, but in time with patient observation one may begin to truly see; take that time.

There are numerous pictograph sites, more recent historic points of interest like Saucito Ranch or the peculiar looking old wooden grain harvesters resembling some sort of bizarre insects, bountiful fields painted over by loads of wildflowers in early spring through early summer, dry creek channels rerouted at 90 degree angles by the slipping of continental plates along the San Andreas Fault, the mirrored reflections of ephemeral Soda Lake and its seasonal hosting of Sandhill cranes, and other iconic wildlife like the San Joaquin kit fox, tule elk, and pronghorn.

In my experience it is not common to see elk or pronghorn, though that is likely due to my lack of understanding in where to find them, but in those aforementioned seventeen years, in all the trips I’ve taken to the Carrizo, I still have seen far more pronghorn than I have other people. 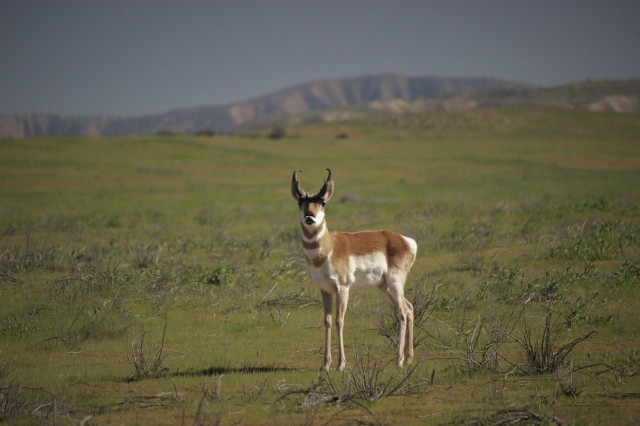 Pronghorns are commonly said to be the fastest animals on land in all of North America and second in the world only to cheetahs. While today’s African cheetah can reach a top speed of about seventy miles per hour, pronghorn can run at about sixty miles per hour.

Spring is a great time to see pronghorn, as they stand out against the verdant backdrop of the plain during the brief eruption of annual grasses. In summer through fall and winter, the pronghorn’s creamy tan hues nearly perfectly match the dried grassland, and they can be hard or impossible to spot from a distance on a plain that measures some fifty miles long by many miles wide.

Immerse yourself within the universe of which I write and you may be rewarded. Although you very well may not see any wildlife at first, there is also the chance that you may have your eyes opened to a world out there that you never knew existed, as I have. It has enriched my life in many ways. Consider giving it at least one chance to do the same for you.

As a general principle, this may be applied by anybody living anywhere to any place. Remember, the frontier begins where one’s own personal experience ends. (Blog Post: Finding Frontier in the Forest Conquered)

How well do you know the hinterlands around where you live? What might be out there that you never knew existed or have underappreciated due to a lack of personal experience which you’ve never allowed yourself? What have you been missing? How might it enrich your life?

You never know, until you go.

Related Posts On This Blog: