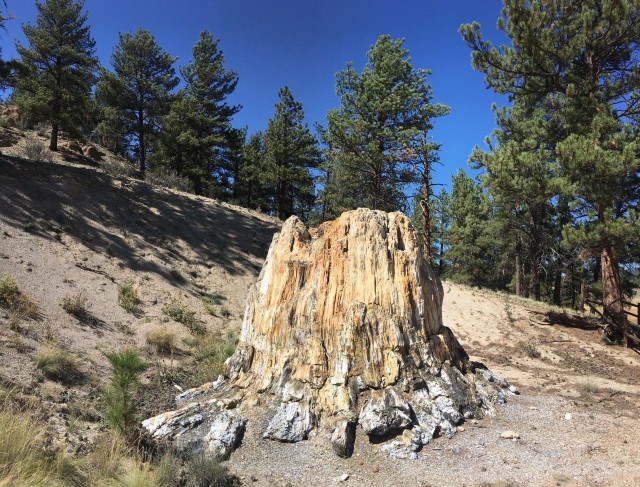 In Colorado for a spell I found myself finding my way through forested lands I had never seen to see stone redwood trees.

What little remnants remained of the long-ago plundered fossil beds had been protected in perpetuity thanks in no small part to the actions of a few leading women and there was something of a little story behind their efforts.

Estella E. Leopold, daughter of Aldo, helped to save the Florissant fossil bed from housing development in 1969.

Leopold was backed by a number of women activists including children who were determined to physically stand in the way of the builders.

“For 34 million years, nature had preserved pollen, trees, birds, insects, fish, and other creatures there in some of the most beautiful fossils and famous fossil beds in America. Yet developers were preparing to destroy it in a single season for summer homes. The injustice and potential loss impassioned Estella, and she was determined to get the area legally protected as a national monument. To this end, she helped found the Defenders of Florissant group with botanist Beatrice Willard.
…
The Defender’s awakened enough moral and public pressure to force the hand of the Nixon administration. Estella Leopold gave her impassioned plea to the Senate in 1969:

‘Today when the new society is tossing out remnants of past cultural patterns, it may seem unpopular to bother saving a priceless scientific field library like the Florissant paper shales with all of their fine print. But I ask you, how can a man keep a perspective on his direction and life’s path if he loses track of the routes that life has followed before him? How can man evaluate his planetary environment and finalize his historic place in it if he does not keep and cherish a few touchstones with the past? When we have studied the moon, will we throw it away?’ 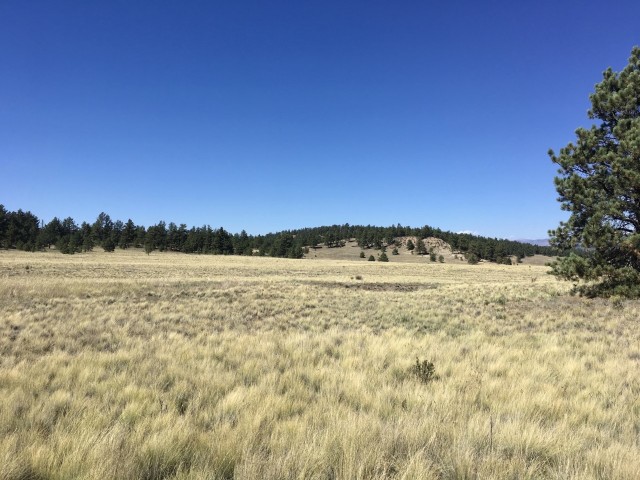