The mouth of San Emigdio Canyon, as seen from the sweeping floor of the San Joaquin Valley, resembles a portal affording a peek into the Transverse Ranges. The San Emigdio Mountains abut the valley floor forming a massive rampart, the mouth of the canyon a rare break in the great grassy earthen wall that runs for miles.

Driving up to the entrance of the Wind Wolves Preserve the slope joining the valley with the mountains goes on and on, a steady even climb deceptive in its length when seen from afar. Entering the cleft through the steep hills that forms a natural gateway, the canyon opens into a vast grassy plain parted by the verdant stripe of San Emigdio Creek, and runs to the foothills of the pine covered peaks looming in the distance.

“The preserve is an ecologically unique region where the Transverse Ranges, Coast Ranges, Sierra Nevada, western Mojave Desert and San Joaquin Valley converge. Due to elevation ranging from 640 to 6,005 feet, the preserve has an impressive array of landforms and habitats that serve as a critical landscape linkage and wildlife corridor between the Coast Ranges and Sierra Nevada. At 95,000 acres, Wind Wolves is the west coast’s largest non-profit preserve.

Tule elk were reintroduced to the Wind Wolves Preserve, the southern most extension of their historic range. The elk herd has grown to more than 200 elk and the California Department of Fish and Game estimates the preserve can support up to 2,500 elk. Currently the U.S. Fish and Wildlife Service is placing stillborn calves on the preserve for the California Condor, which can be seen regularly. When the elk herd reaches 2,000, elk will die weekly of attrition, which will aid the condors in becoming free living once more.” 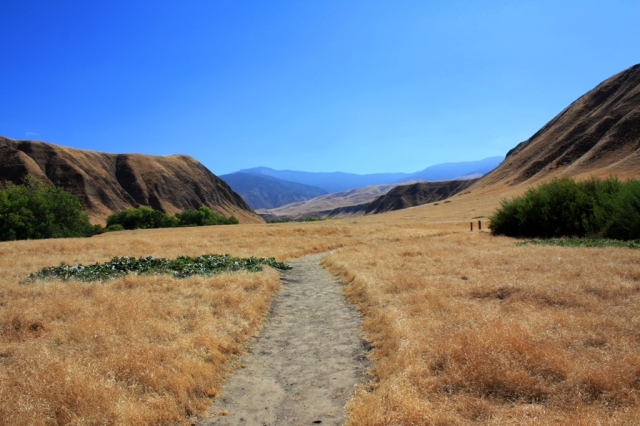 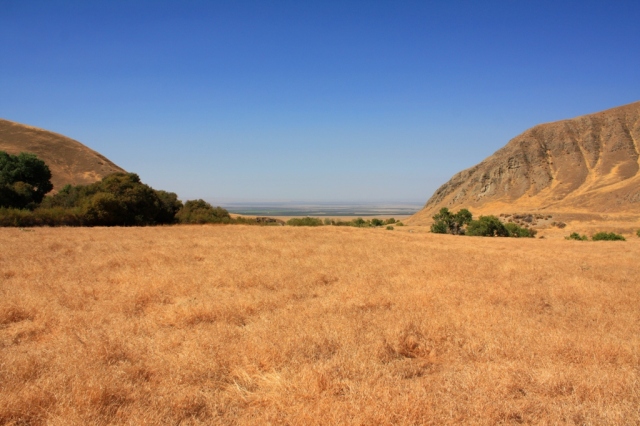 The view looking through the canyon mouth toward the San Joaquin Valley.